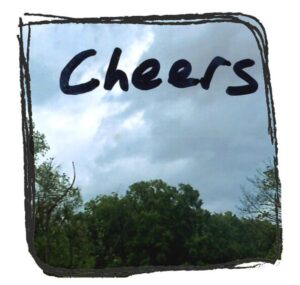 Cheers starts with 50 seconds of lo-fi punk intensity, recalling aspects of Titus Andronicus and Jeff Rosenstock. The rest of the album displays the diversity and dynamic writing style of Cam. Songs growl, resolve, scream, jam and weave together some of the best aspects of folk-punk, rock n roll, and punk. It’s a party, there’s angst, there’s hope. Bob Loblaw is the Madison based solo project of Cam, who plays all the instruments on the album, except for a few trumpet parts. Cam is joined by guest vocalists on a few songs, including an album highlight, “Loblaw vs Time,” where Cam is joined on vocals by: Maggie Denman. Alex Kaiser, and Calen William. “Backseat” wraps up the album, and reminds me of one of my favorite things: sweating and shouting along in a basement with a few dozens folks (especially if it’s in Madison).

But if you came out right every time, you wouldn’t be you

No, I know, it’s just part of being human