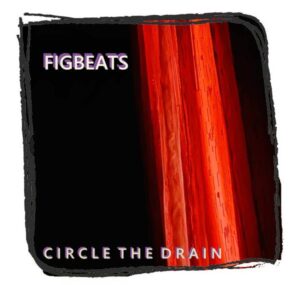 Valparaiso Indiana is mostly known to being the home of Orville Redenbacher…which is a reference I
feel may be dated, as many of “Gen Z” are likely unfamiliar with the commercials of the always smiling
octogenarian slinging his signature popcorn. I digress. Hailing also from Valparaiso, all be it with significantly less agricultural clout, are the Figbeats. In June of 2021, the Figbeats dropped their first full length Circle the Drain. I like this album. It is straight forward. It is rock and roll. If you have ever listened to the Mallrats soundtrack, you will love this band. The tracks Joey and Ultraviolet are the standouts for anyone who loves crunchy guitars, catchy vocals, a return to rock which has gone to the wayside. The Figbeats captured a sound in the production of Circle the Drain which harkens back to a specific time in post garage rock, without sacrificing quality. Did I mention I like this album? Get in the car, put the
windows down, and take off driving with the Figbeats in background because that is how they are
supposed be listened to.