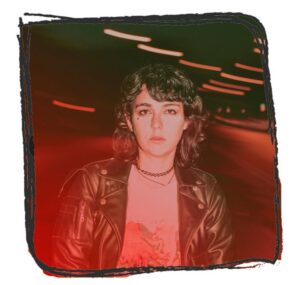 On every listen on this album, I got hung up on how the second track, I Need $$$ sounds like Devo, and also doesn’t at all. Give it a listen, maybe you’ll get what I mean. Dystopian Sugar is an enjoyable hodgepodge of sounds, sometimes within a song, or from song-to-song. The album manages to feel cohesive even with a song like Void that ends with a noisy electro finale going into Girls on Screen, a guitar and vocals ballad. Some Girls Just Want to Get Fucked Up is an album standout, and brings together all the best aspects of this album. While not featured on this album, strongly recommend checking out Sam’s track, Jung Girl, another song that ties together electro and rocking sounds. Excited to hear what comes next from the Chicago based, Sam Larson.