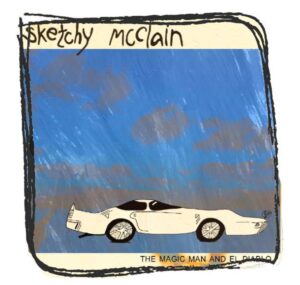 “You’re an asswhole but I am too”

These five quick tunes were written and recorded on New Years Day in Fargo, North Dakota. It sounds like it too, that’s a dang good thing for fans of lofi rock n roll. The hooks are likable, the guitars distorted, basic drums beats. This album is an inspiring act of creativity. Why does it take 2+ years for “major” acts to put out a ten song album? Creativity can be spontaneous and loose. An album that takes a day to make can be as satisfying as the album that is labored over for months/years.