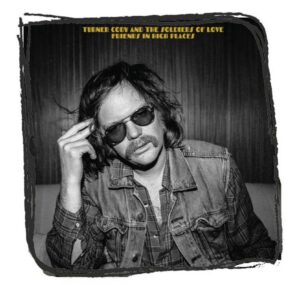 The latest from Turner Cody continues his twenty year winning streak of simple, thoughtful songwriting. Turner started in the New York City anti-folk scene with acts like Jeffrey Lewis, Kimya Dawson, Adam Green, and Dianne Cluck. This most recent track is reminiscent of some of the recent work of fellow anti-folker, Herman Dune, while also sharing some similar vibes with Kris Kristofferson. After checking out this song, I recommend his song, Better Days, it’s hard to imagine a more perfect song. Then, Quarter Century, which offers a little quirkier take on Turner’s songwriting. Hope you enjoy Turner Cody’s sharp songwriting as much as I do.