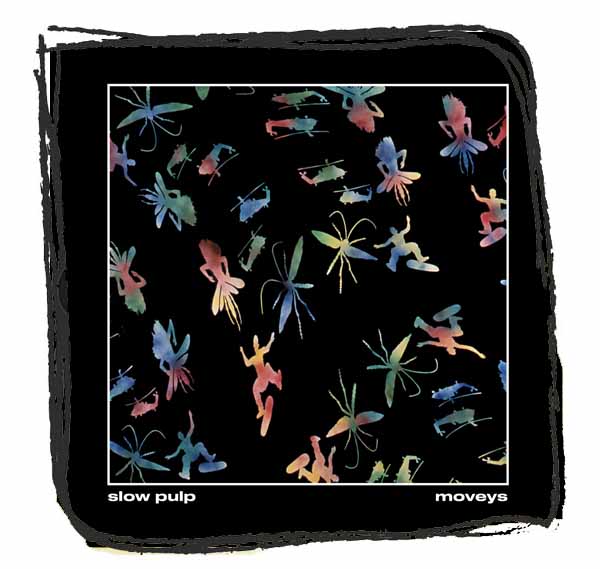 Hard to believe that Moveys is Slow Pulp’s debut full-length. It seems the dreamy indie rockers have been around forever. Now after three EPs and countless shows they finally have a proper album to show off. While their talents were never in doubt, the quartet shines here, with ten tracks of shimmering, layered songcraft. Side A is punctuated by Emily Massey’s powerful vocals and effecting lyrics, while side B displays the bands more adventurous elements with an excellent turn at vocals by bassist Alexander Leeds on “Channel 2” and the funky closing title track. Moveys shows a range that will come as an expected element by fans, but may surprise the first timer.

Following several tragic instances, including health issues and accidents, it’s a wonder this record even made it out this year. The vocals were mainly engineered by Michael Massey (Emily’s father) in his home studio while he recovered from injuries sustained in a car wreck, and put together while the band was apart due to Covid. It’s a wonder Moveys sustains a coherent and thoughtful thread. Most likely attributed to the long friendships of Leeds, drummer Theodore Matthew and guitarist Henry Stoehr, who have been playing together since sixth grade, Slow Pulp’s consistency is it’s strong suit. Not a note is out of place here, no skippable track, no filler moments. A fabulous debut from one of Chicago’s most promising up and comers.

Stand out tracks: “Falling Apart” “At It Again” “Channel 2” and “Trade It”