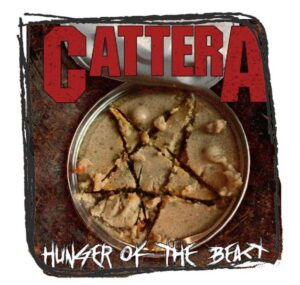 I am often suspicious of anything on the internet, on or about the first of April, so when I came across the debut single Hunger of the Beast by NYC metal band Cattera I assumed I would be greeted with a half assed Hard Times article revolving around how a calico from the Bronx is going to be the new face of djent. Instead, I found the pet project….see what I did there…of Roope-Shakir the front cat of Cattera. Hunger of the Beast does not shy away from letting you know where it got its roots. Riffs for days which conjure up enough cat nip fueled dreams of Meshuggah and Pantera to convert a dog lover like me into a Cattera fanatic. Coming in at just shy of a minute and a half Hunger of the Beast wastes none of its nine lives on filler, nothing but riffs and break downs with Roope-Shakir belting out intense and thought-provoking lyrics no doubt inspired by his time spent homeless on the streets of Brooklyn. Also, this is a charity release, so all proceeds go to benefit a Brooklyn non-profit cat rescue Whiskers-A-GoGo.