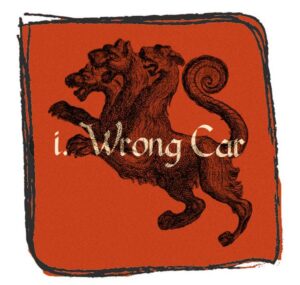 “Kerouac-ac-ac panic attack on highway sixty-six-six(ck) as the story clicks” Geez Louize, what a first song from Leonora! This is the first single from the group formerly know as, Godawful Small Affairs, and the group is now joined by R3id. This song is so full of ideas, musically and lyrically, it takes a dozen or so listens to begin piecing it all together. This song is part musical theater, a piece of 90’s alt rock anthem, and a touch of Meatloaf. Missy’s voice quickly goes from a swelling chorus, into innocent spoken words, then swirls into a soaring fierceness. The diversity in voices and feelings is matched by the cohesive and varied musical approaches in this song. The effort and inspiration that goes into making a song likes this is admirable. Excitement is at a peak for the future songs from these unique humans.